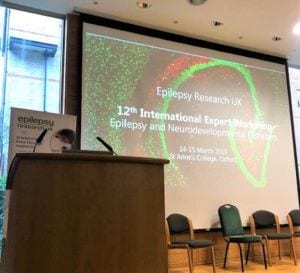 This workshop was chaired by Professor Sameer Zuberi from the Royal Hospital for Sick Children in Glasgow, Professor Stuart Cobb from the University of Edinburgh, and Professor Oscar Marin from King’s College London, who are renowned leaders in both basic science and clinical aspects of epilepsy and neurodevelopmental disorders. They said “Epilepsies with onset in childhood are associated with significant comorbidities affecting learning, motor control, cognition, and behaviour. The epileptic seizure may be the presenting symptom and most dramatic expression of a brain disease, but it is the impact of the underlying condition on learning, behaviour, and participation in society which results in the most disabling consequences for the child and family. Anti-seizure medications are designed to control events but disappointingly have little or no impact on the neurodevelopmental comorbidities of epilepsy.”

The workshop attendees were clinicians and scientists working at the frontiers of neuroscience and epilepsy research, bringing a varied range of interests and expertise, and representing all the key research themes linking neurodevelopment and epilepsy. Delegates came from a total of 36 institutions, spanning 11 countries across 3 continents. Speakers included Professor Ingrid Scheffer from the University of Melbourne, Professor Jack Parent from the University of Michigan, Professor Dennis Lal from the Cleveland Clinic and Broad Institute of Harvard and M.I.T, Professor Scott Baraban for the University of California San Francisco, as well as ERUK’s President, Professor Helen Cross from Great Ormond Street Hospital. ERUK also invited a number of leading experts in the field to take part in the discussions following each session and at the end of each day. 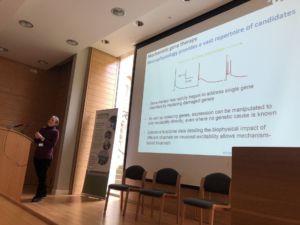 The Expert Workshop comprised of six sessions, each exploring a different aspect of epilepsy and neurodevelopmental disorders. The session themes ranged from epileptic encephalopathy, genetic epilepsies, behaviour and development, to molecular therapeutic strategies. Each session was followed by a chaired discussion to help identify and prioritise future research directions and forge collaborations. What’s remarkable about the expert workshop is that it is very small, compared to many other scientific conferences. But we have found that it is its very size that makes it so effective in facilitating discussion, collaboration and priority setting.

When welcoming the delegates to the workshop, Professor Bruno Frenguelli, Chair of ERUK’s Scientific Advisory Committee said: “The birth of a child is a momentous and joyous occassion in the lives of the parents. However, for all too many parents, this joy is curtailed by the realisation that there is something wrong with their child. This earth-shattering revelation often first manifests itself as the appearance of epileptic seizures, for which, unfortunately, there are limited treatment options. The Workshop is thus an opportunity for the expert community to consider the basis of neurodevelopmental epilepsy, to discuss the most appropriate models and diagnostic approaches, and to explore the potential treatment options for afflicted children.” 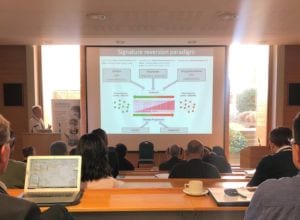 Highlights included Professor Stephanie Schorge’s talk on recent advances in gene therapy (which touched on work by ERUK Fellow Dr Gabriele Lignani), Dr Richard Rosch’s talk on zebrafish models of epilepsy, Professor Scott Baraban’s talk on interneuron-based cell therapy for intractable epilepsies, and Professor Michael Johnson’s talk on computer-based models of epilepsy. Professor Johnson highlighted the complexity of the workshop theme: “There are currently over 1000 epilepsy-related genes and 8000 known drugs, meaning there are a minimum of 8 million possible combinations of genes and drugs to be studied. This lends itself to computational solutions to assessing candidates for drug repurposing.” A talk from Professor Dennis Lal on rare genetic epilepsies and neurodevelopment drew gasps of amazement from the audience, as he debuted a brand new online tool to help interpret genetic variants of epilepsy.
All workshop attendees agreed that the event had influenced their future research or clinical practice, and that they had all left with significant new learnings with regard to research into epilepsy and neurodevelopmental disorders. We look forward to seeing the doubtless scientific breakthroughs from the countless new collaborations that the workshop has forged, over the coming months and years. 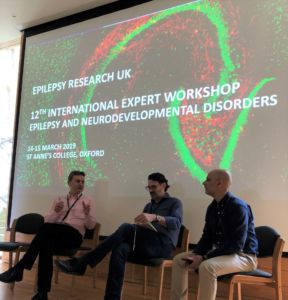 Workshop chair Professor Sameer Zuberi said: “This meeting would not have been possible without the willingness of busy people to share their ideas, expose them to critique, and to travel a long way to do this. We thank all members of this exceptional international faculty – presenters and discussants – for agreeing to meet in Oxford. We know that colleagues are prepared to do this for many reasons; their passion for science and intellectual discourse included but primarily because they respect and value the work of colleagues. As scientists we know that each increment in knowledge, every marginal gain, when added together can make big differences to the lives of people with epilepsy.”

We would like to extend our sincere thanks to all of the delegates who contributed to making this year’s workshop such a success, and to each of our supporters, whose tireless fundraising helped make this workshop possible.

You can access the workshop programme by clicking on the image below: 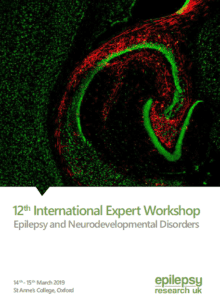