In just a few weeks Professor Rob Duncombe, director of pharmacy at The Christie NHS Foundation Trust, takes on the Coastal Challenge in Costa Rica in aid of ERUK.

Can you tell us why you’ve decided to run the Coastal Challenge for ERUK?

The Coastal Challenge is an ultra marathon set in the jungles of Costa Rica. Distance wise it is about the same as running a marathon a day for 6 consecutive days, but with the added complications of extreme temperatures (40C) and extreme humidity. It is without question one of the hardest endurance events in the world – with only about 120 participants taking part annually. 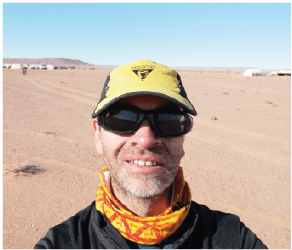 Our eldest son was born in 1996. He had his first seizure at about the age of one, and over the next 8 years had numerous seizures and multiple admissions to hospital. The early days of his epilepsy were an absolute hell. He was in status epilepticus – a potentially fatal form of seizure – for days, and no drugs could bring him out of his seizures. Over the course of his epilepsy we probably tried every available treatment, with various levels of success. At times the side effects of the drugs were actually worse than the seizures – in particular the mood changes were very hard to live with.

Fortunately we ultimately did find a drug which worked for him, and as he hit puberty he grew out of his epilepsy. He has now been seizure free for longer than he had seizures, and has learnt to drive, and at the age of 23, like many young people his age, spends half the year working and half the year travelling.

If through running The Coastal Challenge I can support epilepsy research then hopefully, in time, other families will not go through what we went through.
Professor Rob Dubcombe

Epilepsy is obviously a difficult condition to understand and treat, and over the past 20 years there have been very few, if any, new drugs to support treatment. If through running The Coastal Challenge I can support epilepsy research then hopefully, in time, other families will not go through what we went through.

How have you found the training? What has been the toughest part?

Training never gets any easier. I only took up running in 2016 (at the age of 48) when I got a charity place for the London Marathon. Last year I took part in the Marathon Des Sables, and since that race I haven’t really stopped running. Generally, I train every day of the week, either through going for a jog, or going to the gym. The toughest part is always trying to combine training with work and family life, and generally that means lots of early mornings, and running for hours in the dark and cold. I’m now spending five nights a week sitting in a sauna in an attempt to try and acclimatise for conditions in the jungle. 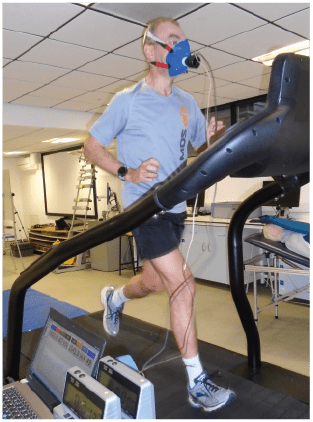 What are you most (and least) looking forward to about the challenge?

I’m most looking forward to seeing Costa Rica, and spending time in the rain forest. Everyone tells me it is one of the most beautiful places on the planet, with amazing wildlife and fauna. The running will be a serious challenge with lots of serious hills, and the humidity will be something I’ve not experienced before. I have a fear of snakes — and Costa Rica is home to 10 of the world’s most venomous snakes. However, it is quite unlikely that I will see one – at least that is what the race organisers tell me.

What do you hope to see from the future of epilepsy research?

I sincerely hope that through research we can further understand what causes epilepsy – and take steps to prevent it. And then if we cannot prevent it – then at least to develop significantly better, cleaner, drugs to treat it.

A massive thank you to Rob for taking on this incredible challenge in aid of ERUK – we can’t wait to hear all about it! If you would like to support Rob and help him achieve his fundraising goal please visit his JustGiving page here.

Find out more about our funded research here.