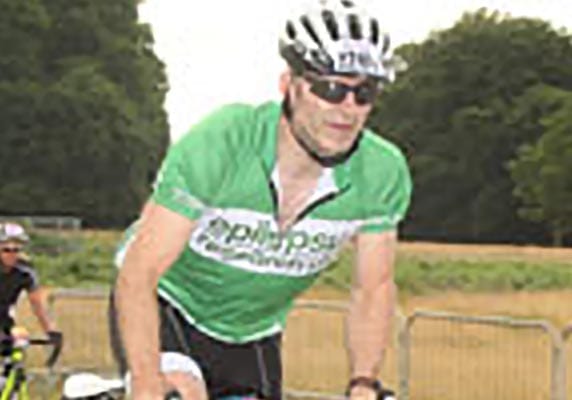 Mark, 42, works as a Quality Manager. He had his first seizure when he was 17, whilst playing Badminton.

Mark, 42, is Quality Manager at a company that supplies ball bearings for industry – from casters for shopping trolleys to ball bearings for aircraft and everything in between. He is married and lives in Staffordshire with his wife and son, Jacob.  Mark is a keen sportsman: he is a scuba diving instructor, plays badminton every week, cycles a lot and takes part in spin classes at his local gym.

Mark remembers his first seizure very clearly.  He was 17 years old, in the Lower 6that school, about to move into the Upper 6th for his final year before taking his ‘A’ levels.  He was playing badminton.  The first indication that Mark had that something was not quite right was when he felt as if he ‘wasn’t quite there’.  As he explains “I could see and hear everything around me, but it was as if I was experiencing what was happening in the ‘third person’, looking down on it.  I screamed, apparently fell backwards and hit my head on the ground.  And then I had a full seizure”.  When Mark came round, he was covered in a blanket with a paramedic by his side.  Following this episode Mark had an electroencephalogram (EEG), which scanned his brain for any abnormalities.  Nothing was found.  He had to surrender his driving licence but on the advice of his consultant he challenged the decision and had his license returned.

Mark lived for the next twenty plus years completely seizure free and with no other epileptic occurrences.  Then on 10 September 2012, again whilst playing badminton, which is a regular Monday night feature of Mark’s social life, he had his second seizure.  He remembers a similar sensation to that experienced when he was 17.  Mark felt “out of it ….  “aware of what was going on but at a distance” and then, according to his badminton partner, he fell forwards and started “fitting”.  His friends simply did not know what to do.  They panicked.  Not only did they not know that he had had a seizure once before, but although they knew Mark well in a social context, they had no idea who to contact, never having met his wife.  So someone ran to the reception at the gym and called the ambulance.  When Mark came round he found himself sitting on a mobile chair, covered in a blanket, with his wife and son looking on.  He asked them what they were doing!

Again he was referred to the hospital to have some tests.  An electrocardiogram (ECG) was clear.  There followed further tests: an MRI (magnetic resonance imaging) scan; an EEG and a 24 hour sleep-deprived EEG.  None of these indicated anything out of the ordinary.

Mark was referred to a consultant who, in the absence of any evidence to provide a reason for his seizure, was forced to diagnose Mark with epilepsy.  He recommended medication.  Mark thought about this very carefully, weighing up the pros and cons.  He had only experienced two seizures in the whole of his life, and although this second episode meant that he would be unable to dive again for at least five years, and his driving licence would be revoked, he didn’t want to spend years taking anti-epileptic medication when he might not have another seizure anyway.

In the end Mark decided not to medicate. However, this has left him slightly more aware of his physical and mental state.  Every time he feels a bit ‘strange’ he wonders whether it is the beginning of another seizure.  If he feels light-headed, after exerting himself at sport, he asks the same question.

Having been forced to give up his driving licence, in 2012, which Mark found very difficult, Mark was forced to take alternative transport to get to work, so he took to cycling the 16 mile round trip every day.  In addition to the spin classes he takes, Mark decided to turn his cycling into a positive experience.  In August 2013 Mark signed up for the Ride London 100 cycle ride in order to raise money for Epilepsy Research UK, which he completed and for which we are very grateful.

He now has his driving licence back, following a review after living for 12 months seizure free.  But Mark will need to be seizure free for five years before he can be cleared to scuba dive again.

When asked how his epilepsy affects his life, Mark says that he doesn’t really think about it and continues to live the active life that he has always led.  But sometimes he says he feels “like an unexploded bomb”, as if he is waiting for something to happen.  His second seizure and the acknowledgement that although his badminton group knew him well, they didn’t know that much about him or his private life, has led Mark to be more open to sharing his condition with others.  He feels very strongly that an increased awareness of the condition is vital if we are to de-stigmatise epilepsy and that we all have to work together to make it more acceptable for people to talk about the condition.

Interestingly, as we have all probably found, once Mark started to talk about his epilepsy he found many others who had experience (direct or indirect) of the condition.  On one memorable occasion, his barber asked why it was that Mark had arrived on his bike.  Because he was concerned that the barber might think that he was a ‘drink driver’ Mark explained that he had had it revoked on “medical grounds due to being diagnosed with epilepsy”.  At this point the barber informed Mark that his brother had epilepsy.

Mark is determined to fundraise for Epilepsy Research UK again.  As he puts it “Research into epilepsy is the only way that things will get better for those who live with it”. 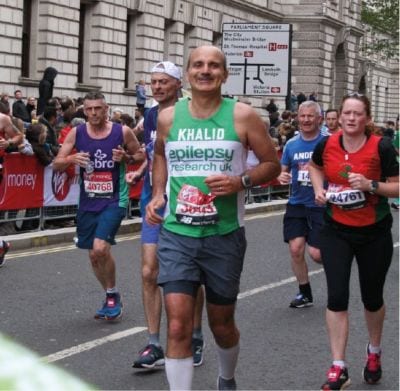